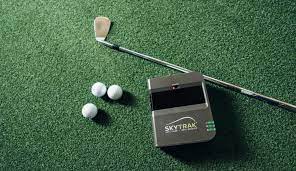 If you’ve seen any professional golf on television within the last ten years, you’ll see things such as the angle and the speed of a shot from the tee.  You may be trying to scout around the gallery to see if there’s someone wearing a hat and sunglasses, equipped with a radar gun.  That would work for the game of baseball, but not golf.  In Golf, these statistics are all compiled by a device known as a virtual golf simulator.

This kind of monitor is usually set into the ground near and level with the tee box at a golf course such as Augusta or Bethpage Black.  The monitor itself resembles a hidden camera box that you would sometimes see inside traffic lights or other speed zones in the public.  There is a camera inside the golf launch monitor which takes high-speed pictures and video of the golf shot.

The flight of the ball is measured against the tee itself to determine the angle of the shot off of the tee.  The speed of the shot is measured using frame technology to measure where the ball is from frame to frame within the viewing window.  Some pricier models of monitors can also zoom in very close with a sharp focus to see the dimple movements on the golf ball itself after a shot.  For all of you Billiards & Pool players out there, this movement or spin on the ball is referred to as English.  This “English” can therefore deduce if you’ve sliced a tee shot or hooked a tee shot.

Professional-grade golf launch monitors are used by television networks, namely, CBS and the Golf Channel to gather data after every tee shot in real-time to display the data immediately after the shot to home viewers.  Golf launch monitors for the home market are quite comparable with the professional models as data gathering is almost just as fast.

You can also store a number of shots into internal memory and access them later after your round has ended.  This is a good teaching tool for those looking to adjust or change their shot.  It’s also good to view later with a swing coach to see if there are any “holes” in your golf swing and where to make these adjustments to your driving game.  Golf launch monitors are a great tool to have for those looking to help their swing or those who like to keep and store data on their swing game.  Getting a good golf launch monitor will open up new doors of interaction with your golfing game. 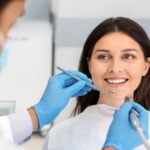 Why Opting for Sedation Dentistry Is Better?
May 19, 2022 Nya Gislason 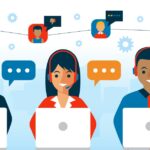 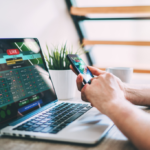 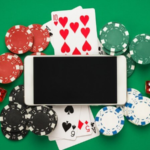