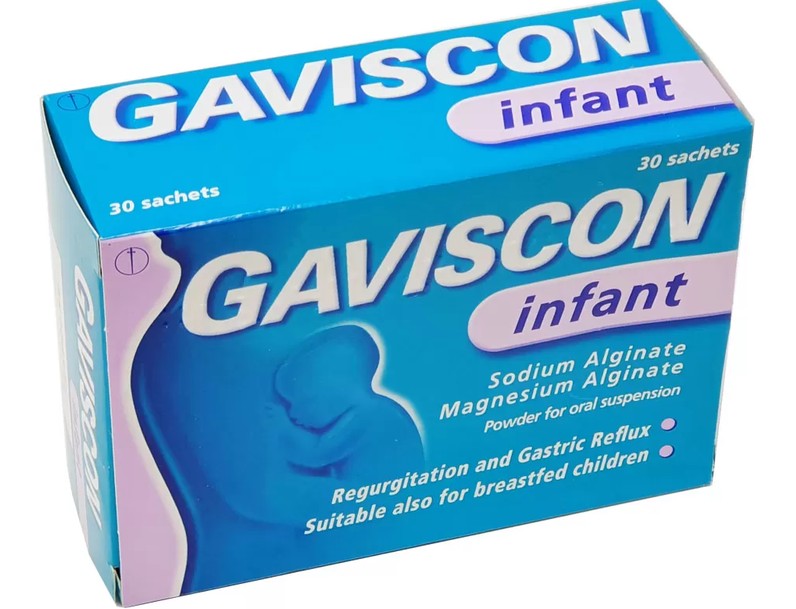 Gaviscon sachet is a marketed product that is licenced to be used (as an over-the-counter product) when a person acutely suffers from the symptoms of heartburn or indigestion. The product generally contains Sodium Alginate, Calcium Carbonate and Sodium Bicarbonate. Before we go deeper on how these three ingredients can help when confronted with such symptoms, let’s see what heartburn and indigestion actually is.

Heartburn is commonly associated with the feeling of pain or burning sensation that occurs in the centre of the chest or behind the breast bone. Sometimes it may also spread into the neck and back. This type of pain often gets worse after eating or lying down. Although occasional heartburn is common, frequent occurrence can be caused by consuming food high in acids or fats, eating large or spicy food, ingesting certain medications (i.e. NSAIDS), or having other related risk factors such as obesity or pregnancy.

Ultimately, ongoing heartburn symptoms that are accompanied by other alarming symptoms such as, having trouble swallowing, repeated vomiting, sudden loss of appetite, severe chest pain and pressure, abdominal pain, epigastric mass, etc, may be a sign of a more serious illness. These may include Gastroesophageal Reflux Disease (GERD), hiatal hernia, esophageal cancer, and others.

Indigestion is described as having pain or discomfort in the upper abdomen. It is also known as dyspepsia or an upset stomach. These upper abdominal pain are common amongst the society and can be experienced occasionally. A more frequent or daily episode however could also be caused by overeating, the habit of consuming fat, greasy and spicy foods, too much coffee, alcohol, chocolate or carbonated beverages, smoking, anxiety and certain medication.

Nonetheless, abdominal pain that persists for more than two weeks, or severe abdominal pain, followed by other signs such as continuous vomiting, severe weight loss, abnormal stool, etc. These conditions include GERD, gastritis, peptic ulcer, potential neoplasm and others.

How do Sodium alginate, Calcium carbonate and Sodium bicarbonate help with those symptoms?

According to experts, the ingested Sodium alginate will react with the stomach’s acid to form a low-density viscous gel. This gel-like mass would further be strengthened by calcium ions that bind to the alginate frame structure after Calcium carbonates react with gastric juices. Finally when Sodium bicarbonate mixes with the gastric acids, Carbon dioxide bubbles are produced and later be trapped in the low density viscous gel to form a buoyant physical barrier that would stay on top of the digestive fluids in the stomach.

This would serve as a physical barrier that would prevent the stomach acid from being regurgitated backwards toward the oesophagus and oral cavity, in doing so, may lighten the symptoms of heartburn.

Furthermore, Calcium carbonate would also be able to temporarily neutralize the gastric acid, followed by Sodium bicarbonate that also possess antacid properties, these two ingredients may provide a temporary relief from abdominal pain that are associated with indigestion.

Are there any other ways to treat Heartburn and Indigestion?

As the nature of these symptoms may vary from person to person, choosing the medication to treat overall symptoms or even better it’s underlying causes, must be made complimentary to the established working diagnosis. This however, usually requires a visit to the doctor or a gastroenterologist. A medical professional would also be able to specifically determine the right dosage and methods for each of their recommended medications with respect to the patient’s individuality.

Nevertheless, by eliminating or avoiding the symptom’s risk factors, one might be able to dampen the ongoing abdominal pain and chest discomforts. This can be done by practicing lifestyle changes such as daily exercises, healthy diets, enough sleep and smoking cessation. Daily exercise is essential not only to prevent high risk factors such as obesity, combining with breathing exercises, yoga and quality sleep, it could also decrease stress that could trigger an upset stomach. Healthy diet and smoking cessation would also help in promoting a healthier digestive system.